This is the very first MV Agusta Superveloce Ago that was built of the 311 limited edition motorcycles in the series. The bike was developed as an homage to Giacomo Agostini, arguably the greatest motorcycle grand prix racer of all time.

When it was released in 2021 the Superveloce Ago instantly became one of the most desirable superbikes in the world, thanks to both its good looks and its incredible spec sheet. The biggest hold back for most was the $40,000 USD MSRP.

Giacomo Agostini’s motorcycle racing career started out as a secret kept from his family, as his parents were staunchly opposed to it on safety grounds. He would sneak off to compete, then return home as nonchalantly as possible hoping to not be detected. 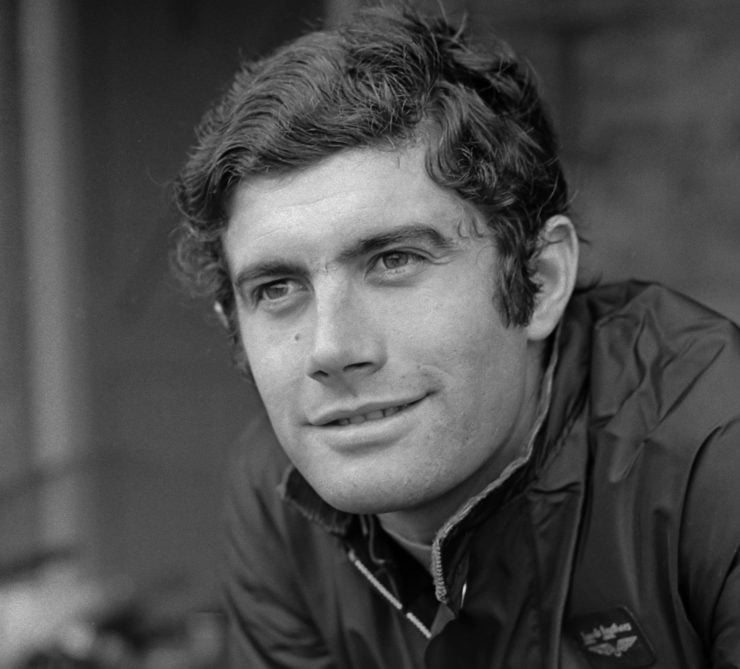 A picture of a young Giacomo Agostini in 1968. Image courtesy of Jack de Nijs, the National Archive, Fotocollectie Anefo.

By 1963 his parents had come to terms with it, Agostini proved his mettle shortly thereafter by winning the 1963 Italian 175cc championship. Early in his career he raced for Italian motorcycle manufacturers Morini and Benelli, but once he joined MV Agusta he would become a legend.

At MV Agusta he was initially partnered with Mike Hailwood, the greatest motorcycle racers in the world at the time, but Agostini proved his ability and not long after Hailwood switched to race for Honda after butting heads with the tempestuous Count Agusta.

From 1966 Agostini would win the 500cc Grand Prix World Championship seven times in a row, he repeated the feat from 1967 also racing in the 350cc class. Over the course of his career he won 15 World Championship titles, and he won the Isle of Man TT 10 times.

After retiring from motorcycle racing in 1977 he dabbled in the world of Formula 1 racing, before switching to a motorcycle grand prix team manager role in the 1980s. In this position he saw a slew of successes and managed some of the greatest riders of the time, including Eddie Lawson, Graeme Crosby, and “King” Kenny Roberts. 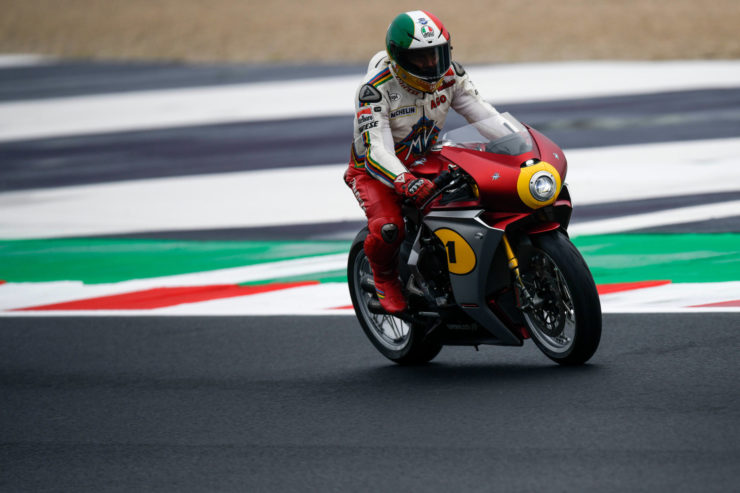 This is Giacomo Agostini himself riding the MV Agusta Superveloce Ago at a circuit day that was held to promote the bike when it was first released.

The MV Agusta Superveloce Ago

“A neo-classic bike inspired by the Italian brand’s glorious racing legacy from the ’70s, that features the most advanced technology underneath a compelling retro design.” – MV Agusta

When the engineers and designers at MV Augusta set out to create a modern motorcycle to commemorate the successes of Agostini they decided to base it on their three-cylinder F3 800, as some of the motorcycles he had ridden for them during his career had this same engine layout – specifically the MV Agusta 500 Three.

The Superveloce Ago has a tubular steel trellis frame, a triple cylinder engine producing 147 bhp at 13,200 rpm, with 65 ft lbs of torque at 10,100 rpm. Power is sent to the rear wheel via a 6-speed transmission and a chain final drive.

As you may have guessed, the brakes are equally impressive, with twin Brembo monoblock four-piston calipers up front on 320 mm discs, and there’s a Brembo two-piston caliper in the rear on a 220 mm disc. 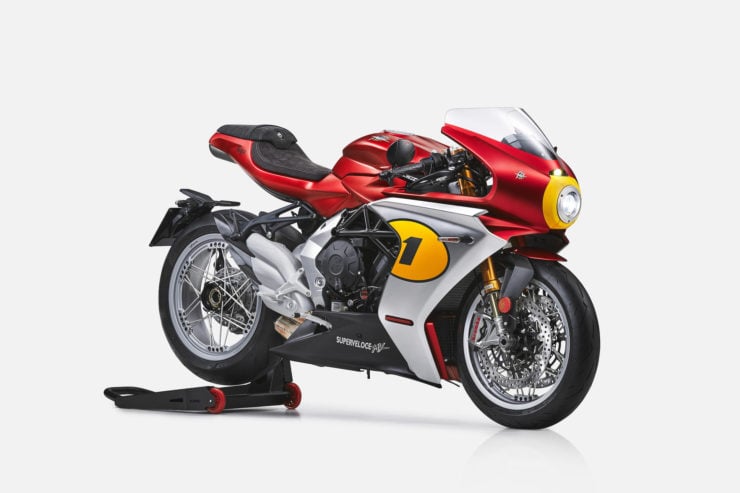 The styling of the MV Agusta Superveloce Ago has been winning hearts since images of it first surfaced, the original MSRP of $40,000 USD was out of reach of many however.

Unusually the standard alloy wheels have been replaced with an unusual laced alloy wheel, as a hat tip to the laced wheels of the grand prix bikes of the 1960s. Each MV Agusta Superveloce Ago was fitted with a set of Pirelli Diablo Rosso Corsa II tires from there factory, with a 120/70R17 up front, and a 180/55R17 in the rear.

The bike’s handsome bodywork is made up of both plastic and carbon fiber elements, and it has a paint job designed as an homage to the racing bikes Agostini rode over 50 years ago.

Just 311 of these were made, including the first 15 special edition bikes to commemorate the 15 World Championship titles won by Agostini. The bike you see here is chassis #1, making it the most collectible of the group, and it’s being auctioned to raise money for the UNICEF Ukraine Emergency Fund.

If you’d like to read more about this bike or register to bid you can visit the listing here. It’s due to roll across the auction block with Bonhams on the 24th of June at the Goodwood Festival of Speed. 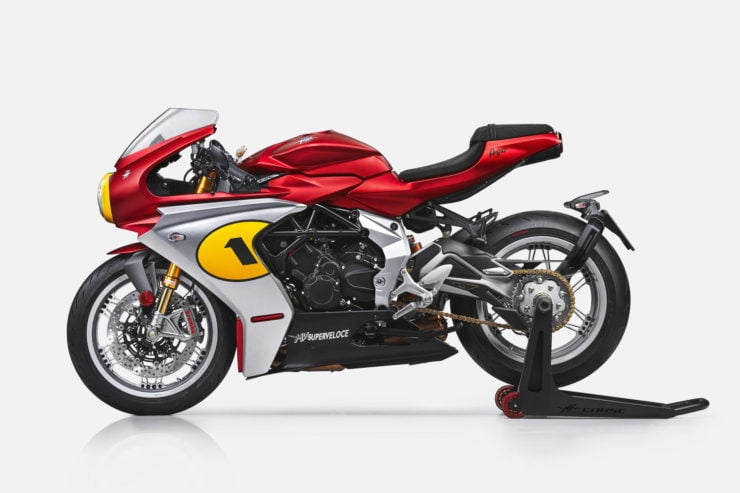 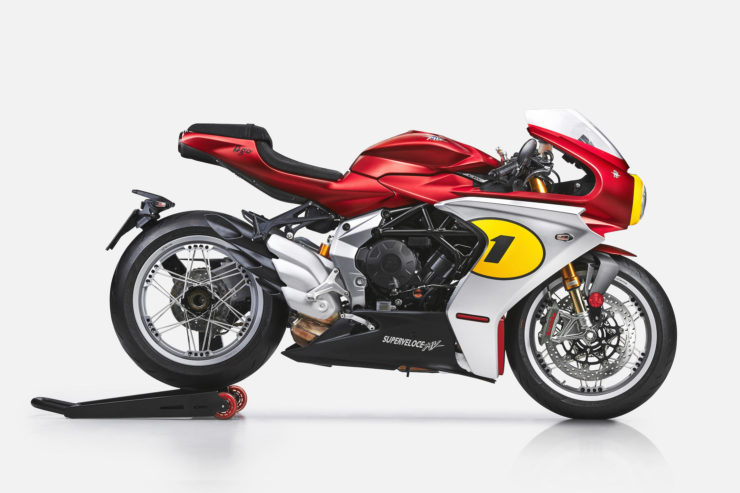 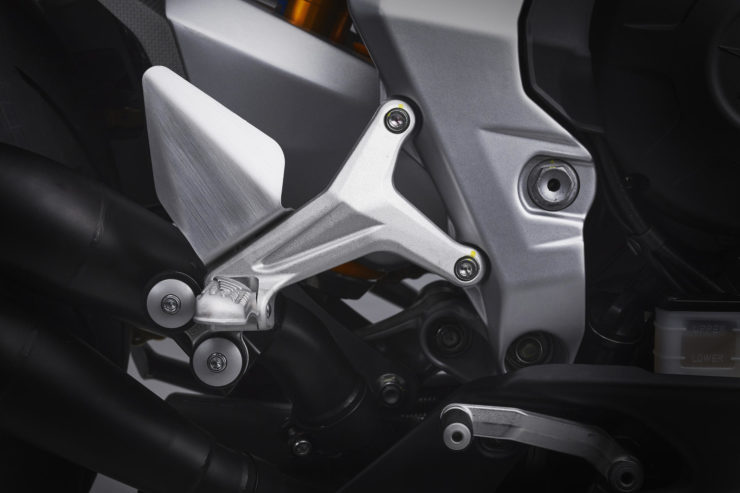 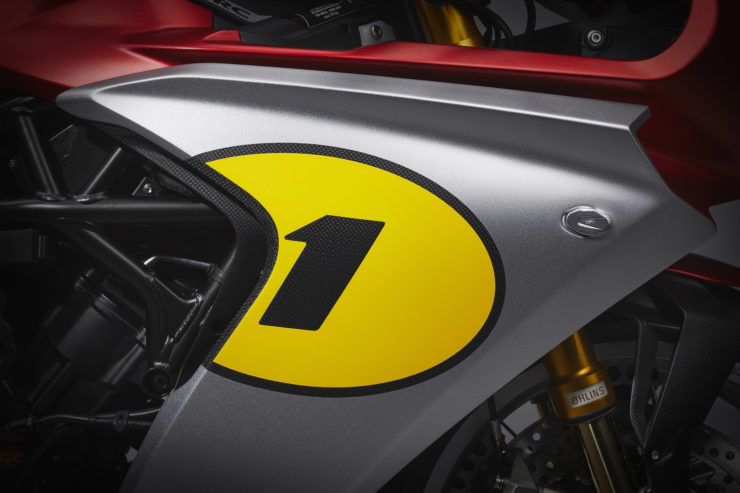 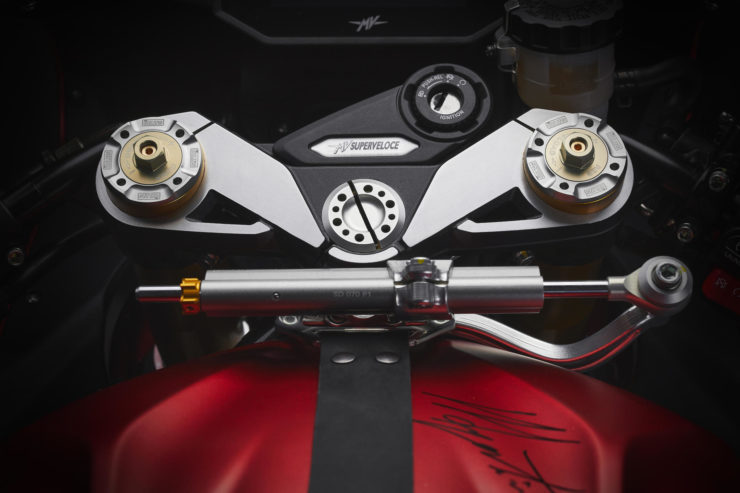 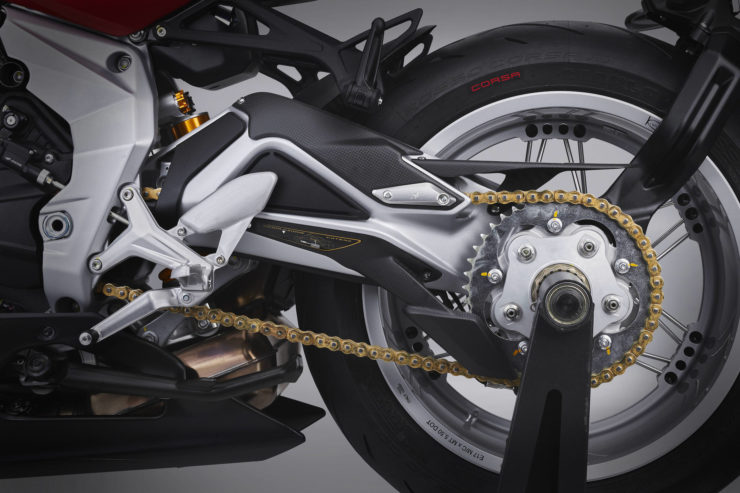 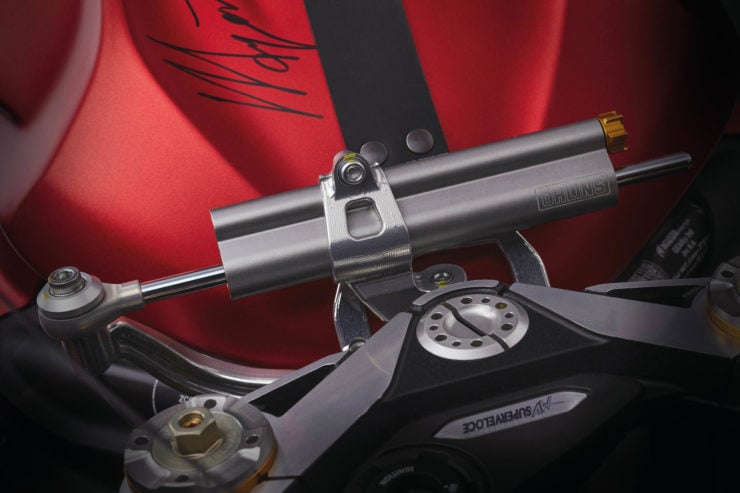 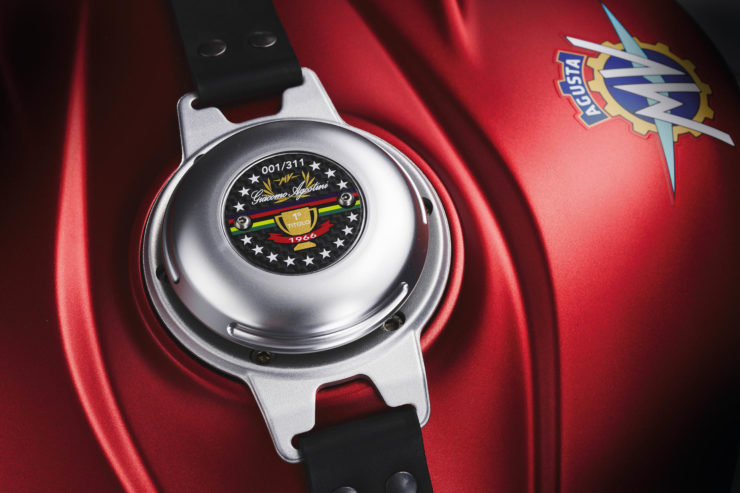 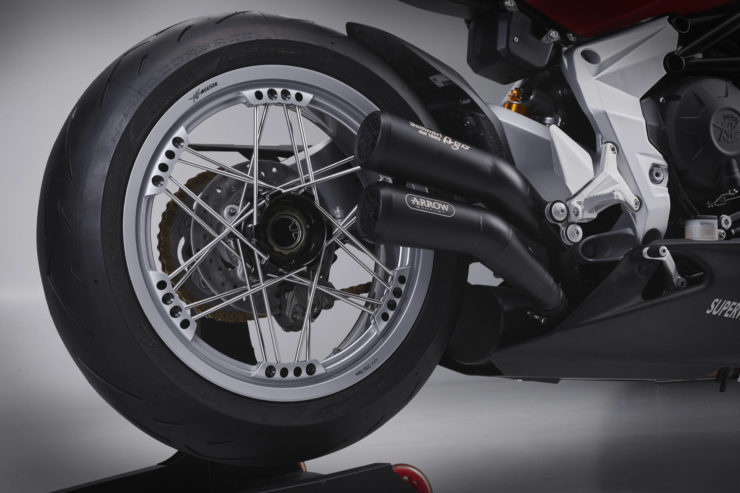 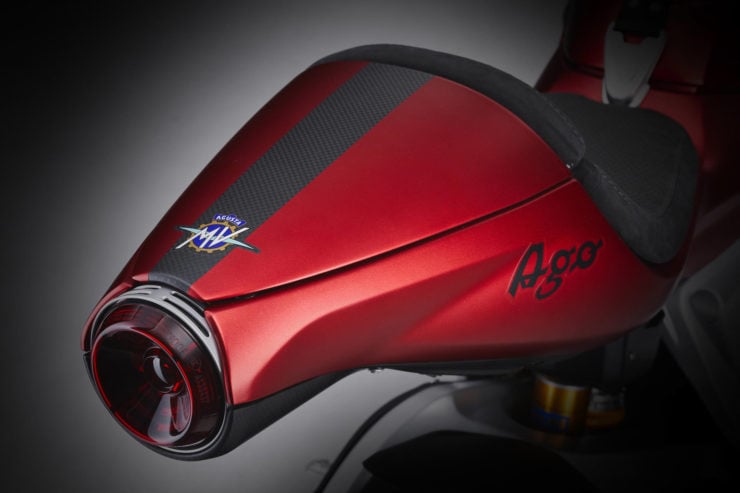 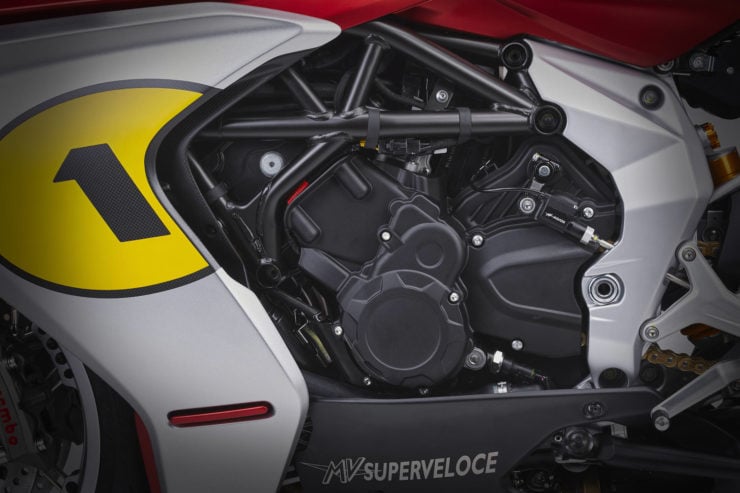 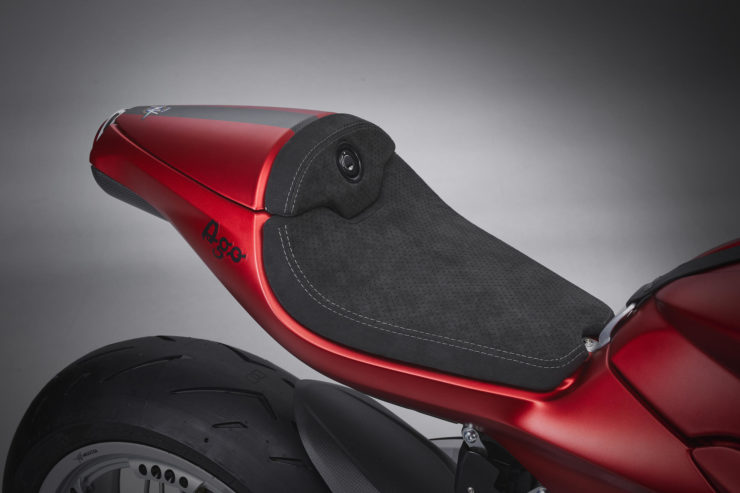 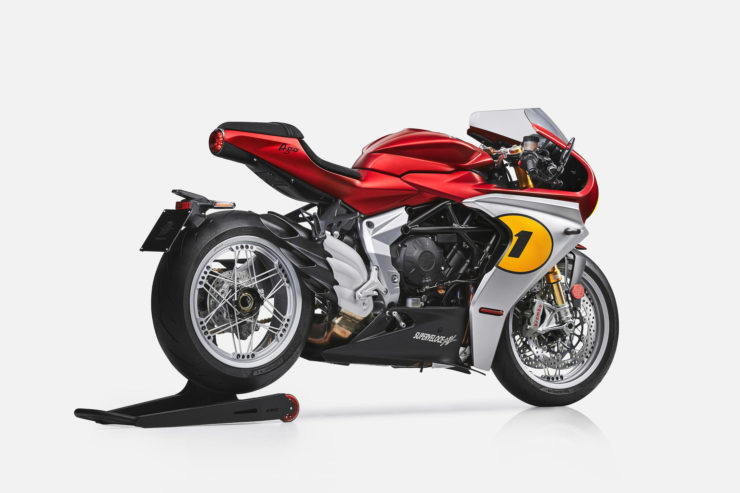 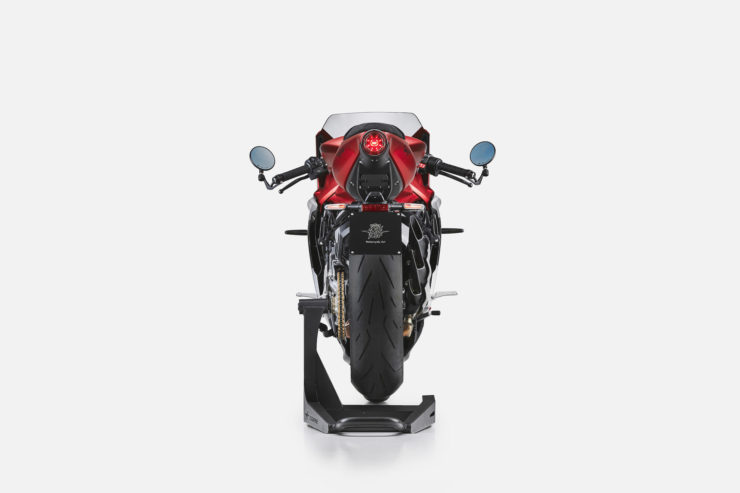 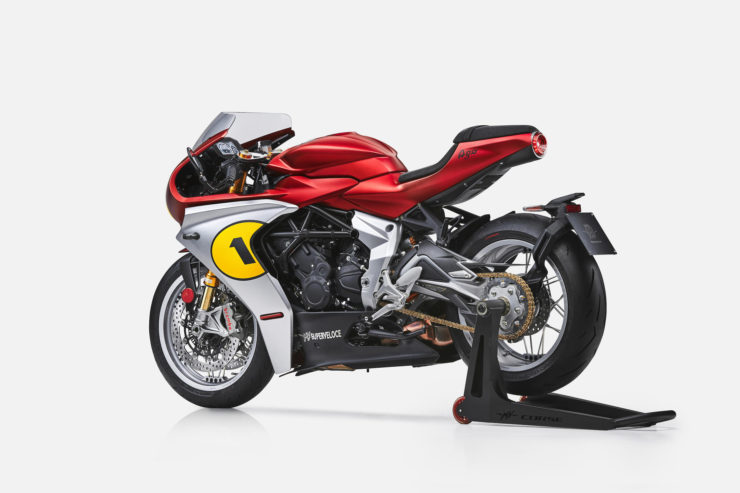 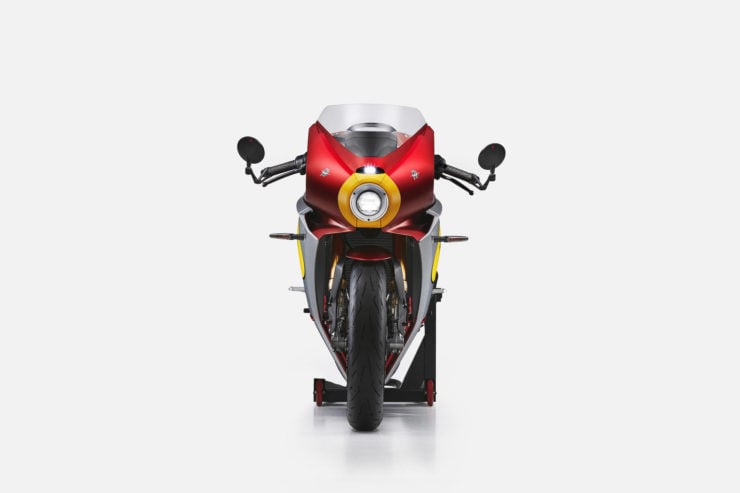 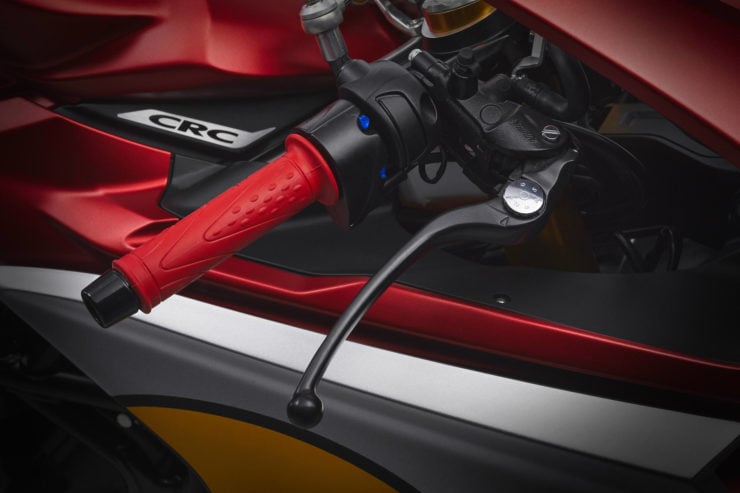